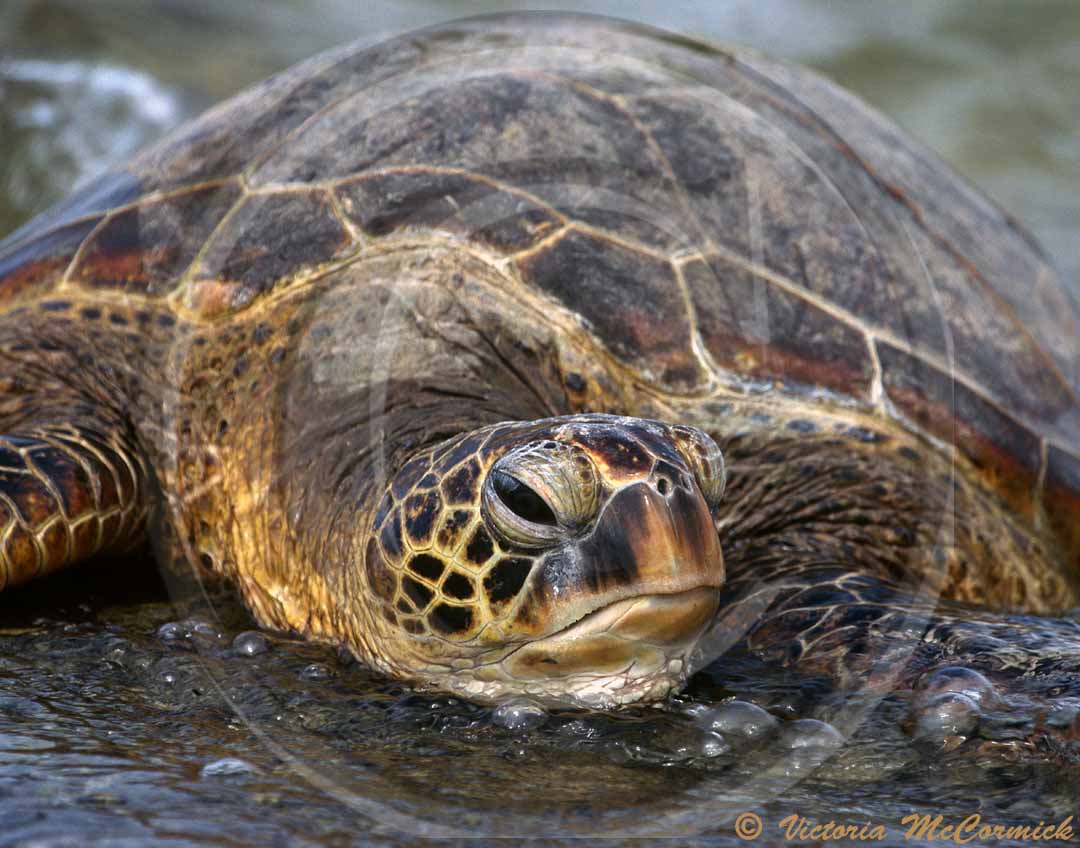 Captivated by her gaze it felt as if looking into the face of time itself. One hundred eighty million year old green sea turtle fossils show that this is truly an ancient species. In Hawaii, most female Green Sea Turtles nest on the same small islands at French Frigate Shoals. Like many generations before, they travel hundreds of miles from their feeding grounds in the main islands to the Northwestern Hawaiian Islands’ nesting sites. After mating, the female leaves the comfort of the ocean, hauls herself across a pristine beach and digs a nest pit slightly larger than herself. Then with her hind flippers she digs a two foot hole for her 50 to 150 eggs. She covers her nest with sand before returning to the ocean. She will not mate again for two or three years.
In two months the baby turtles hatch and work together as a group by scrambling on top of each other to lift themselves to just below the surface of their sandy nest. At dusk, the two inch babies burst from their nest and scamper across the beach into the ocean – surviving predators as best they can. They quickly swim straight out into the ocean to their unknown nursery where they eat many kinds of small marine life. When the baby turtles reach 15 to 18 inches long, they come close to Hawaii’s islands and begin feeding in algae rich pastures. All ages spend the winter and spring months in these shallow feeding grounds throughout the islands eating sea grasses and seaweed. Green Sea Turtles often come ashore to bask in the sun for hours.