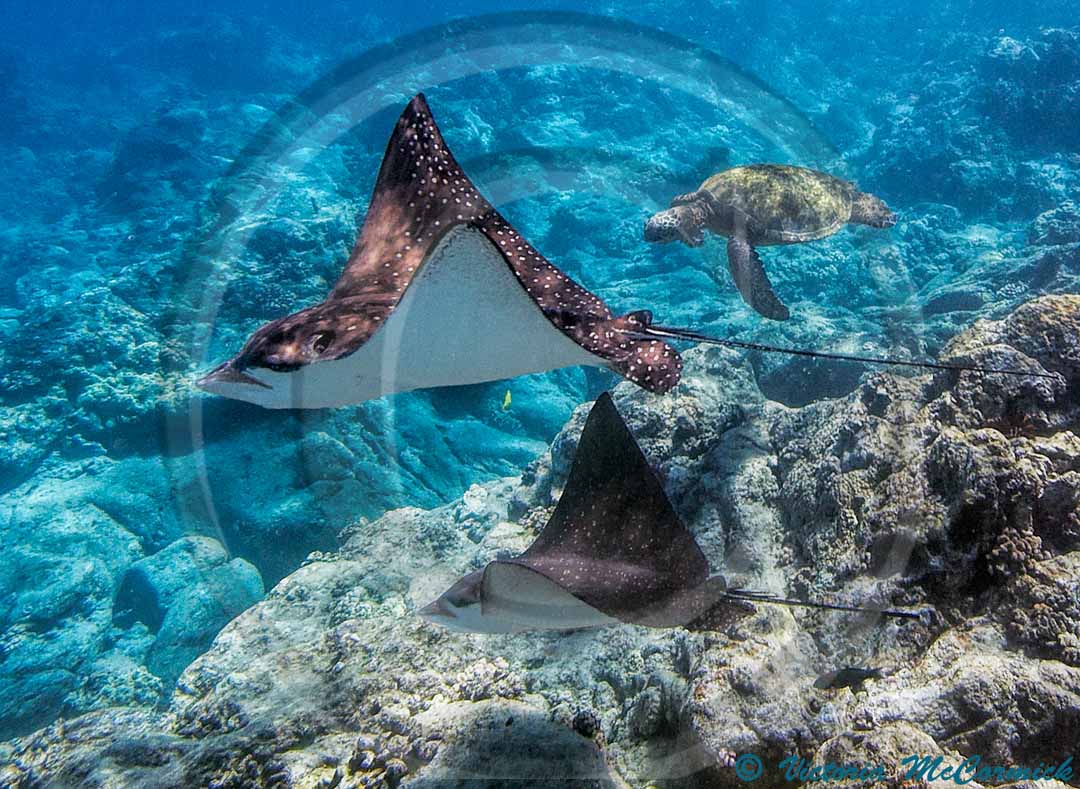 The courtship of the Eagle Ray is truly a magnificent dance to witness. These two Spotted Eagle Rays swam together for hours gracefully gliding as if they were flying through the ocean’s aqua waters. Their courtship dance was one of gentle persuasions mixed with moments of high energy propulsions. After mating their dance became one of synchronism. At times their wing like pectoral fins would be within an inch of each other as they swam side by side in graceful patterns.

It is of interest to know the Spotted Eagle Rays: