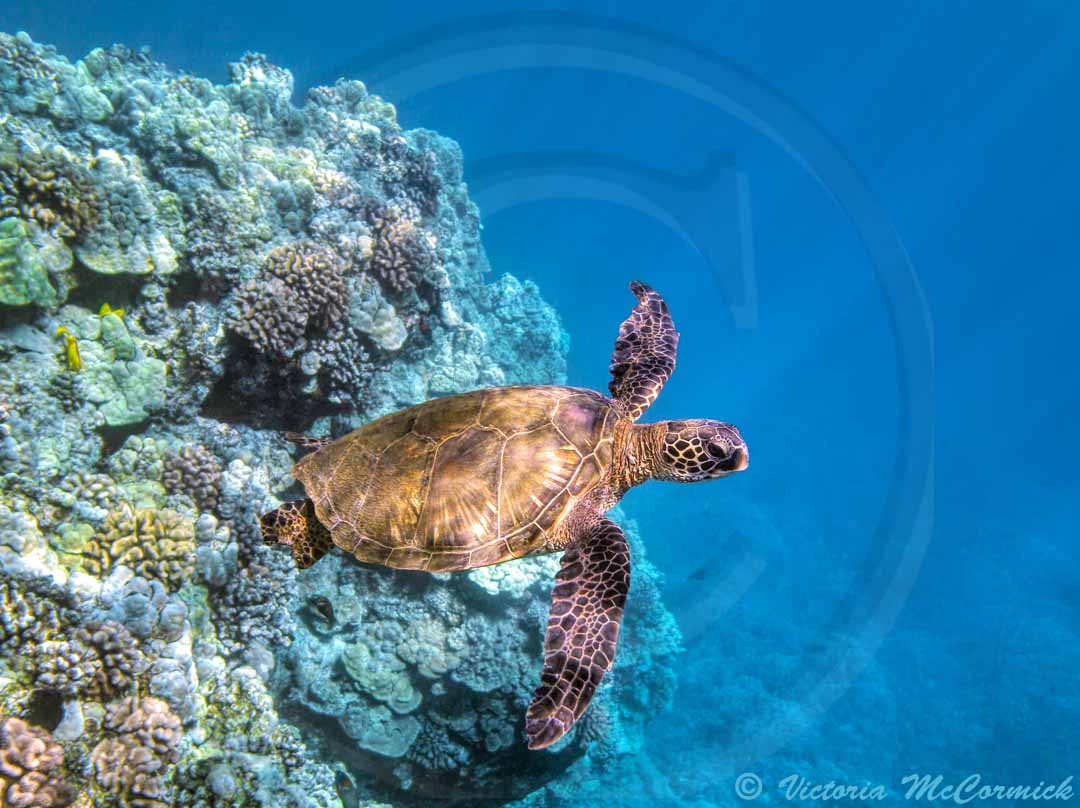 Protected by the Endangered Species Act

In the depths of our tropical blue ocean lies a forest of live coral, a rich resource for all ocean creatures as well as us. Our Hawaiian coral is a living treasure to be highly respected by all.

In two months the baby turtles hatch and work together as a group by scrambling on top of each other to lift themselves to just below the surface of their sandy nest. At dusk, the two inch babies burst from their nest and scamper across the beach into the ocean – surviving predators as best they can. They quickly swim straight out into the ocean to their unknown nursery where they eat many kinds of small marine life. When the baby turtles reach 15 to 18 inches long, they come close to Hawaii�s islands and begin feeding in algae rich pastures. All ages spend the winter and spring months in these shallow feeding grounds throughout the islands eating sea grasses and seaweed. Green Sea Turtles often come ashore to bask in the sun for hours.