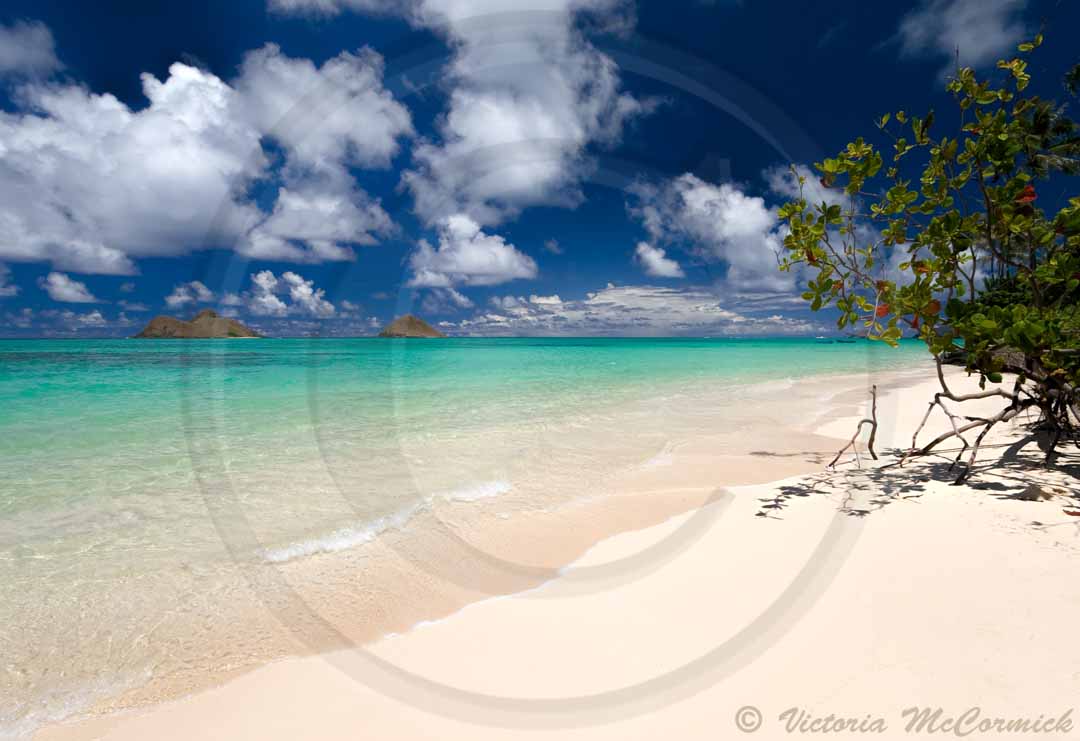 Aqua-azure waters are edged by Lanikai’s pristine beach and heavens of glorious clouds. Offshore are Na Mokulua, the two islands, which are also known as the twin islands. The bigger island is Moku Nui the smaller Moku Iki. Both of these islands are bird sanctuaries.